I normally just post pics, but for anybody that should end up here after a net search about this segment, I’ll include a few comments about the marking.

It was a beautiful day for a hike, about 61 degrees at the start, with sun all day. This segment has a lot of different things to see. We hiked up and down sand dunes, along a solid sand ridgeline, then on the beach right next to the water before heading into the Point Beach State Forest. The beach section was pretty poorly marked, we weren’t sure if we were supposed to be on the beach or on the ridgeline. The area between the ridge and the beach is all wetlands, the trail looks like it goes to the beach, but it was all under water and would have been a great place to put a boardwalk, as we’d find out there was a rather nice one on the opposite end of the beach section, so we stayed on the ridge until we could get through to the beach. Once we got on the beach there wasn’t a single indication we were on the right “path”  there could have been some yellow painted rocks, those yellow fiberglass sticks for marking plow areas or anything along the way to let us know, nothing. After a couple miles or so we found a way back across the wetlands to the sand ridge. Not knowing if we were where we were supposed to be we took the chance to get back  to dry land when we could. We followed that ridge another couple miles along the wetlands, we eventually came to a boardwalk that went all the way to the lake across the wetlands presumably leading to where the trail would have connected, then went the other way into the woods. Marked with yellow blazes as is common with the IAT. That led us to believe that we should have been on the beach the entire way, it also made us wonder why there was no boardwalk over the wetlands at the very beginning.

Once in the woods the blazes were plentiful, save for the few instances where there was a fork in the trail and we each had to pick a direction trying to find the next one. Usually these are marked with an arrow decal pointing you in the proper direction, a few were not. I’m thinking about adding a sharpie to my pack list so at least the next guy doesn’t have to guess. It must be snake season, saw more in various sizes today, than the rest of the season.  A lot of the wooded parts of this section are combined with ski trails or other multi-use trails so I’m not sure what does for winter, most groomed ski trails don’t allow hiking. Enough rambling, on to the GPS info and pics. 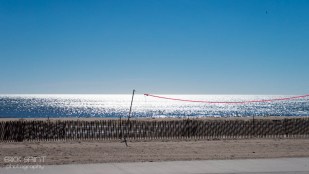 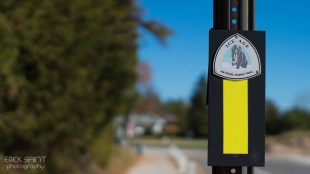 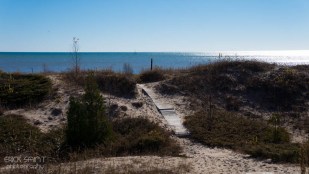 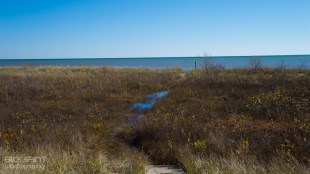 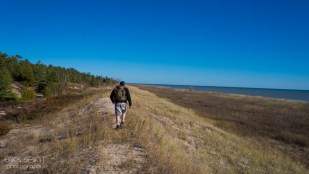 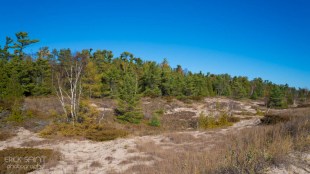 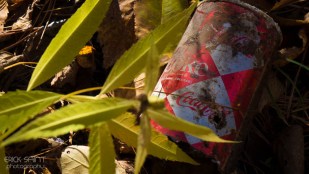 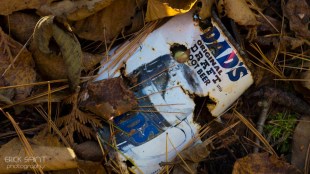 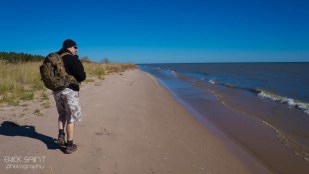 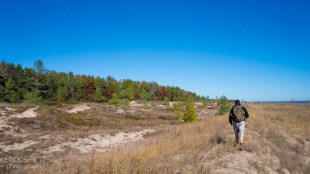 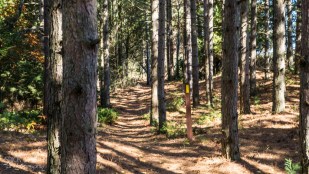 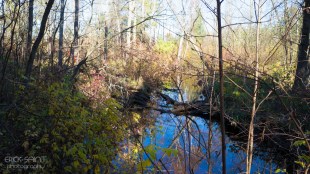 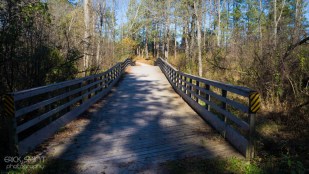 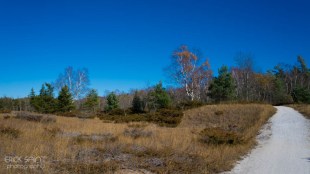 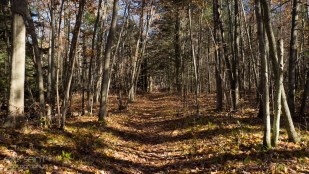 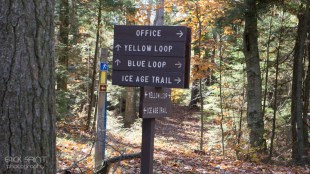 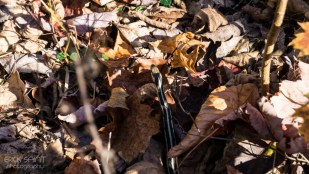 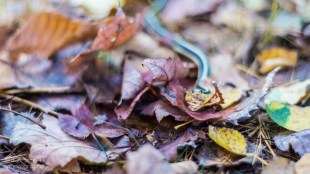 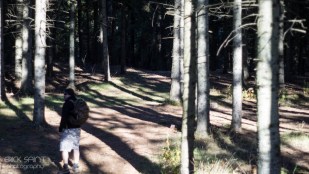 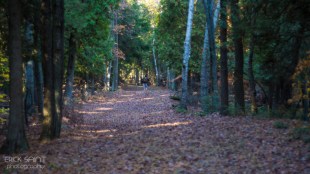 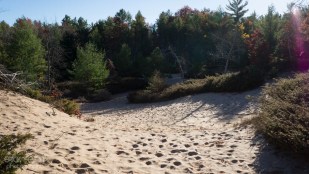 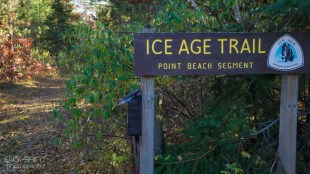